As has been my tradition, every sermon that I preach will be posted here. This sermon, Who is my Neighbour?, was given at The Salvation Army Rochester on Sunday 10 July, 2016. The Reading was Luke 10:25-37.

Before I get into looking at this text, I want to introduce you to one of my favourite theological concepts. See, I am a bit of a theology nerd.

That image up there? That’s me on the inside. And you see, this afternoon, I’m heading down to Melbourne to do a study unit. So a week of studying Theology means that

this will be me by the end of the week.

But, enough about that. I could be talking all day here.

When you look around the world today, a sad and worrying trend seems to be appearing.

In the United States, the rise of Donald Trump is largely based off his anti-immigrant policies. He’s going to build a wall to stop Mexican migration. He’s going to ban all Muslim’s from entering the country.

And in England, many of the reasons for the Brexit vote has been similar – anti-immigration. And the effects have been immediate – with many English born people, who happen to have parents from another country, being told to go back where they came from. Which, considering they were born in England, is a bit tricky…

And then we have Australia. Our sovereign nation. Where, based on the same policy of anti-immigration, the lovely people of Queensland voted to elect Pauline Hanson back into parliament. Her comments have been described as anti-Muslim and anti-Asian, and the Racial Discrimination Commissioner has warned that her comments could unleash hatred, divisions and violence.

We are afraid of the different 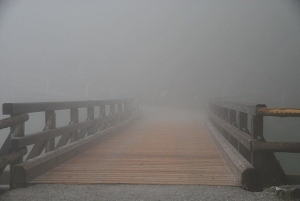 And it’s a fear that goes a long way back. See, when Jesus was telling his parable, the Jews hated the Samaritans.

And over 500 years, the hatred between the two developed, so that they would never be seen to touch each other. You can see from this image that in Jewish society, the Samaritans were considered worse than Tax Collectors and Sinners. In fact, quite often, when travelling, Jews would walk a much longer route to avoid going into the land of the Samaritans, and risk seeing one.

Now, all of this is important to know when we look at the passage we read today.

God tells us to Love God and love others, and shows us how

Jesus is asked by a lawyer which of the 613 laws is the greatest. And Jesus, as he is want to do, turns the question around and asks the lawyer what he reads in the scriptures? He responds with two creeds found in the law – the first from Deuteronomy 6:5 “Love the Lord your God with all your heart and soul and strength and mind” – basically, everything you have. And then from Leviticus 19:8 “Love your neighbour as yourself.” Now, the passage in Deuteronomy would be well known, as it goes on to say that it must be taught to children from their earliest days, worn as a sign on the body, and fixed permanently upon the doorways to the house. The passage from Leviticus that the lawyer adds to it is the culmination of a section on holiness in neighbourliness. And the gist of the passage gets right to the core of the matter, stating that the state of one’s heart towards one’s neighbour is THE determining factor in being as holy toward the neighbour as God is holy. In effect, the Lawyer is saying that, in how he reads the scriptures, that the greatest command is to love God with everything that we have, which is being holy, and if we are to be holy as God is holy, then we must also love our neighbour.

Now, of course, being a lawyer, he wants some specifics. He wants to know whether loving your neighbour means just those living to the left and right of your house, but across the road and behind the back fence as well? Because he realises that while he knows that the scriptures can be summed up in these two commandments, that he doesn’t really live it out. So he throws a question back at Jesus, hoping to find a loophole, an excuse to say that what he is currently doing is enough.

But Jesus chose this person specifically. He chose the Samaritan with intent. Because when Jesus tells us to love our neighbour, he knew that they would be different from us. And that’s the point.

When Jesus tells us to love our neighbour, he knew they would be different to us

When we’re instructed to go and love our neighbour, they will look different than us.

Now, as I said, I am a theology nerd. But I don’t like theology that has no practical application. And that’s where the beauty of the Wesleyan Quadrilateral comes in.

Go and show God’s love to all people

Wherever Christ went, he showed love to the people that he met. Often, he would look past their background, look into their heart, and love them. We can go into our world and see people with Christ’s eyes – to go and look into their lives and just show them love. Show them the love of Jesus. I’d like to play you a song I wrote, and I’ll have the words up on the screen if you want to join in. Otherwise, just listen and reflect on the words. You might like to come forward and ask for help in showing Christ’s love to everyone – even those people that it is hard to get over our fear of the different. Or maybe you want to come forward and seek out Christ’s love for you. This place is open to all – because sinner and saint are all the same when seen through Jesus’ eyes, we are all the same. We all need Jesus’ love.

Scroll Up
%d bloggers like this:
We use cookies to ensure that we give you the best experience on our website. If you continue to use this site we will assume that you are happy with it.Ok